In the summer quite a few of us got together for an Alpine fortnight in the Barres Des Ecrins national park and Rob Jones and Peter Radar Watson reached the summit of The Dome des Ecrins, another 4000m peak knocked off. Pete, Stewart and Richard also had two good days in the mountains reaching 3600m with great views of Mont Blanc as a reward. 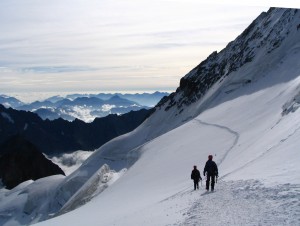 In extreme heat Martin Sibley, his two children Alex and Mathew and me suffered the heat to complete a south facing Via Ferrata and with the use of cable cars two higher Via Ferrata climbs were also completed. Our Canyoning trip was great fun, guided by a local guide who had as jumping and diving to complete the canyon which everybody enjoyed… Kayaking was short but good, with Stewart Wright and me paddling a short stretch of the Durance river and the trout fishing was so successful we all had two each, barbequed at the camp site. 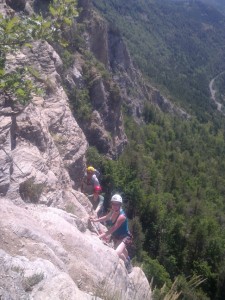 Climbing Via Ferata, The Alps 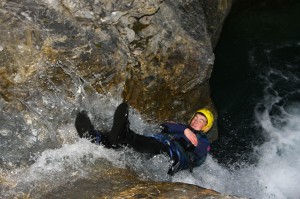 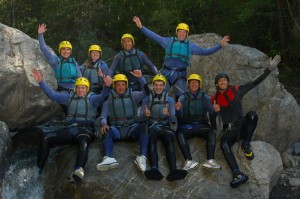